Spill Details Not Shared with Burlington

Add Burlington to the growing list of frustrated “partners” the City of Hamilton chose to keep in the dark about the magnitude of the 24-billion-litre sewage spill into Chedoke Creek.

Confidential reports obtained by The Spectator show city councillors have known since January that enough watery sewage to fill 10,000 Olympic swimming pools escaped over four years from an overflow tank with a partly open gate.

Citing legal liability concerns, the city chose to keep those details from the public and even the Royal Botanical Gardens, which manages the nationally significant Cootes Paradise marsh that is fed by Chedoke Creek.

Top officials with Burlington — the other city on Hamilton Harbour — were also left out of the loop, said Mayor Marianne Meed Ward. 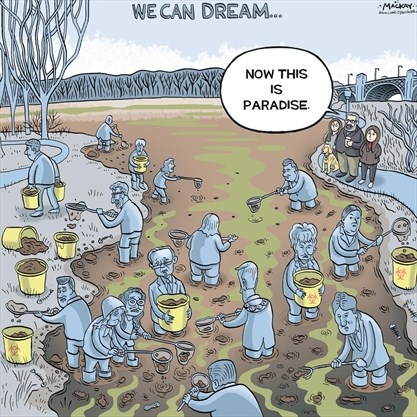