Flags at Half-Mast in Honour of J Louise Hebb 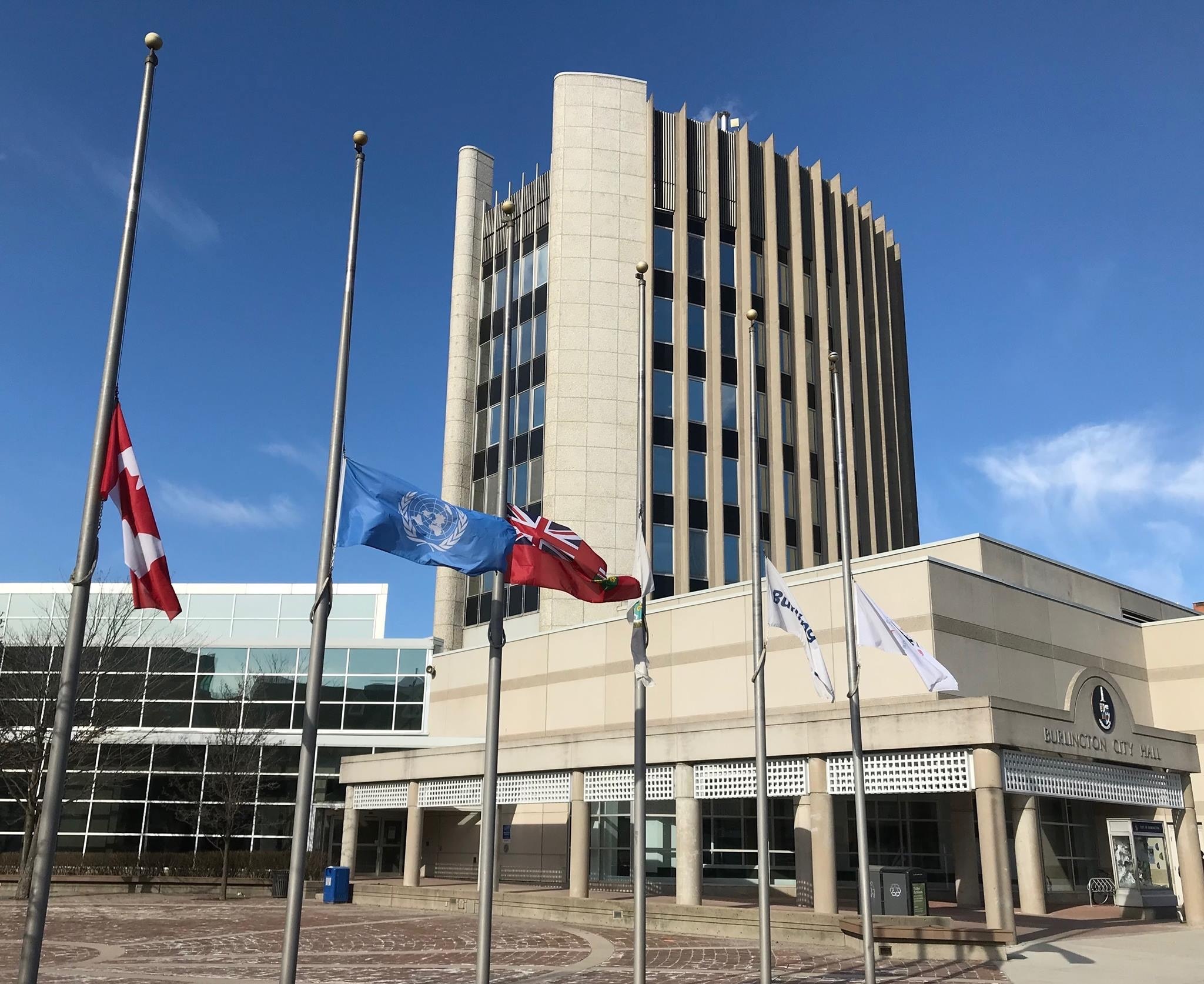 Flags at Burlington City Hall were flown at Half-Mast in honour of the passing of J Louise Hebb.

Burlington is saddened by the loss of a great citizen.

From her Obituary: Louise was born in Windsor, Nova Scotia. After graduating from Windsor Academy, she taught grades 1-7 in a one-room school in South Uniacke, NS, earned her RN at the Victoria General (VG) Hospital, Halifax, worked as a staff nurse in the ER, and then as a nurse in psychiatry at L.A. County General Hospital. In 1959 she graduated from Dalhousie University in Teaching and Supervision in Schools of Nursing, worked as a nursing supervisor and clinical instructor at VG Hospital, and set up a new ward at Riverdale Hospital, Toronto. 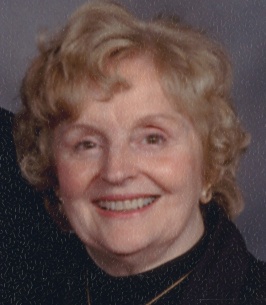 Louise, Alan, and family moved to Burlington in 1966 and then while raising three young children, she pursued a career in journalism after graduating from Sheridan College, Oakville, Honours in Community Journalism. Louise enjoyed her work as a journalist for the Burlington Gazette and as a broadcaster on CING-FM Radio, Burlington. Louise was an owner and manager of a professional office building in Burlington. She also worked as a member of the Ontario Parole Board and as a member of the Nursing Home Compliance Plan Review Board of the Ontario Ministry of Health.

In the community, Louise enjoyed being a member and later Chair of Save the Lakeshore Association. As a founding director and Chair of Halton Region Conservation Foundation, she spearheaded the fundraising for the development of the Iroquoian village and Interpretive Centre at Crawford Lake. She was also a founding member of Halton Women’s Place, and helped to establish its first shelter, located in Milton. Louise’s other community activities included President, Federal PC riding association of Burlington; volunteer, Burlington Heart Fund; Chair, Halton Housing Authority; and Sunday school teacher, Port Nelson United Church, Burlington.

In 1984 she completed the National Coaching Certification Program, and then became a licensed commissaire for the Ontario Cycling Association. She was also an Official Doping Control Officer with Canada Centre for Drug-Free Sport.

Her community involvement was recognized by the award of the Queen’s Jubilee Medal (1977), Burlington Citizen of the Year (1979), and Conservation Halton Award of Excellence (2003).

Statement from the Mayor Marianne Meed Ward, on the passing of Community Advocate Louise Hebb

A long-standing and dedicated community advocate for several City of Burlington and Region of Halton organizations has died — J. Louise Hebb.

Being a founding member of Halton Women’s Place and helping to establish the organization’s first shelter in Milton was but one of Mrs. Hebb’s many community achievements that earned her the Queen’s Jubilee Medal in 1977, a Burlington Citizen of the Year Award for 1979 and a Conservation Halton Award of Excellence in 2003.

Among her civic accomplishments, Mrs. Hebb was a member of, and later chaired, the Save the Lakeshore Association, which fought to protect the waterfront accessibility of Burlington’s lakeshore in the 1960s and 1970s. She also was the founding director and chair of the Halton Region Conservation Foundation, spearheaded a fundraising campaign for the development of the Iroquoian village and Interpretive Centre at Crawford Lake, was president of the federal PC riding association of Burlington, a Burlington Heart Fund volunteer, chair of the Halton Housing Authority, a Sunday school teacher at the Port Nelson United Church in Burlington, and became a licensed commissaire (official for competitive cycling) for the Ontario Cycling Association.

On March 19, Burlington lost its 1979 Citizen of the Year when Louise Hebb died. Her list of accomplishments is dizzying, and her enthusiasm was contagious. A strong, vital individual, she could always persuade others to help and excelled at every new thing she tried. I met her in the ’70s when she was a dynamo in “Save the Lakeshore,” which produced Burlington’s first woman mayor, the highly capable Mary Munro.

It was Louise who approached me to run for council — something that had never crossed my mind but led to 15 enjoyable years. Later she sought the PC nomination against Cam Jackson. How different Queen’s Park would have been had she won, but in those days few women were elected provincially and federally.

Louise Hebb made a difference in Burlington.

Hebb — who died March 19 at age 83 — was a member of many community groups and agencies in Halton.

Daniel Nolan The Hamilton Spectator
Louise Hebb’s legacy is in different parts of Halton, from the first women’s shelter in Milton, to a recreated Indigenous village near Campbellville, to Burlington’s waterfront.The Burlington resident — who died March 19 at age 83 — was a member of many community groups and agencies in Halton, many of which she chaired.

Apart from that, Hebb had an eclectic career. She was a teacher, nurse, journalist, building owner and landlord, chair of the Halton Housing Authority and served on the Ontario Parole Board and the Nursing Home Compliance Review Board.

She was active in the Progressive Conservative party and sought the provincial PC nomination in 1984 (she came second to eventual MPP Cam Jackson).

Hebb received numerous awards, including being named Burlington’s Citizen to be Remembered for 1979 for her diligence in community affairs. She expressed surprise but said the honour was not just hers.

Derek and his family are in our thoughts.