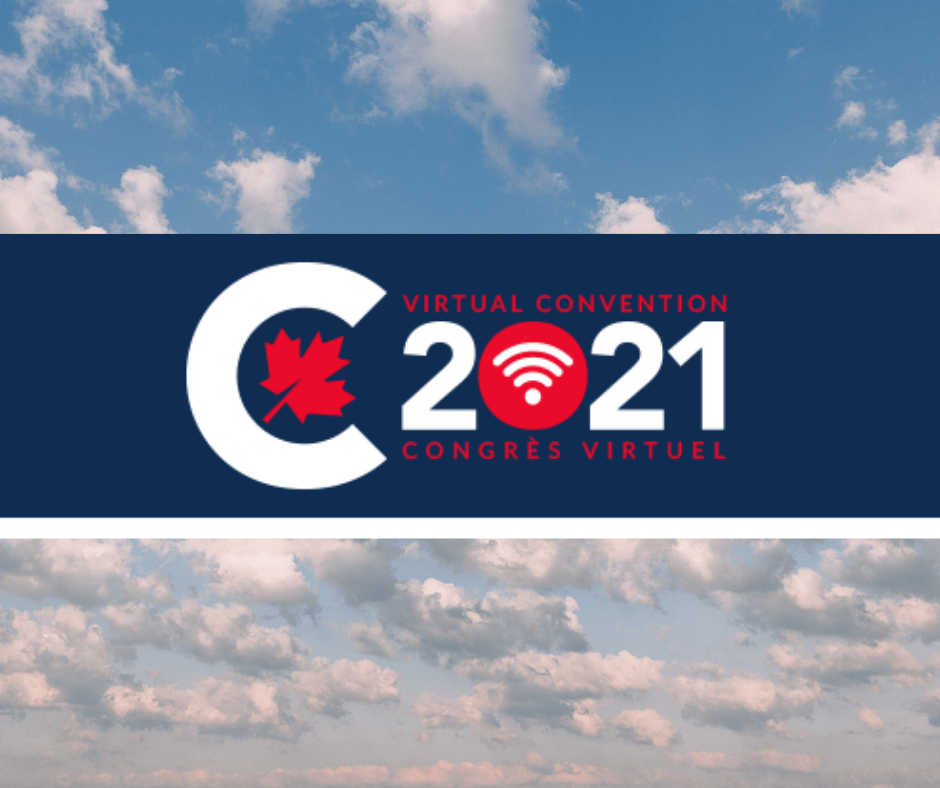 Ottawa, ON – From March 18 to 20 Conservatives across the country will gather virtually for the first time for a Party Policy Convention. Registration has smashed any previous convention record with over 5,500 Conservatives registered to attend. This record-breaking convention will be hosted by Dr. Leslyn Lewis, Conservative candidate in Haldimand-Norfolk, and Archy Beaudry, a well-known Quebec radio host and event MC. The over ten hours of scheduled policy and constitution debate and voting will be moderated by Kerry-Lynne Findlay, MP for South Surrey-White Rock, and Pierre Paul-Hus, MP for Charlesbourg—Haute-Saint-Charles.

“With the Liberals clearly planning for an election soon, this convention is important for our party members to gather, share ideas, and plot the road map to securing Canada’s future with an Erin O’Toole led Conservative government,” said Dr. Lewis. “Getting as many people back to work, in every part of Canada, in every sector, as quickly as possible is job one for Conservatives, and I’m looking forward to hearing and seeing the ideas from our grassroots members.”

“It’s exciting to be able to help Canada’s Conservatives manage their largest convention ever,” said Mr. Beaudry. “It’s quite the virtual audience to have interested and engaged, especially for a political convention, and I think that type of involvement from Canadians reflects positively on the state of our democracy in this country.”

Thursday evening will feature the Constitution Plenary, while Friday will have the Policy Plenary in the morning, and the Leader’s speech in the evening. Saturday will see training, a Question and Answer session with the Leader, and National Council election results.

The proposed amendments and resolutions that will be debated during the plenary sessions were determined through a grassroots voting process by EDA Presidents on behalf of the members in their riding.

There were over 6,400 combined votes cast in the policy process, with 196 policies to vote on. The popularity among policies ranged between 124 votes for the most popular, to 88 for the 34th most popular. Any policy ranked outside the top 34 (under 88 votes in this case) could not move to convention per the grassroots led process outlined.

In the constitution process, over 4,400 combined votes were cast, with 63 items to vote on. The popularity among those ranged between 138 votes for the most popular, to 80 for the 30th most popular. Any constitution amendment ranked outside the top 30 (under 80 votes in this case) could not move to convention per the grassroots led process outlined.

I hope your new year is off to a great start. Here at the Conservative Party of Canada, we are preparing for our 2021 Conservative Virtual Convention taking place from March 18th to 20th.

This is a friendly reminder that registration is open!

You can register by CLICKING HERE.

Please note, you must be a delegate to participate in debate and voting – observer status meanwhile allows you to observe the convention.

Join us to vote on party policy, train for the next election, and hear from inspiring conservative speakers – all from the comfort of your own home.

Reserve your spot today. See you there!

We will be holding our 2021 Conservative Convention virtually on March 18th to the 20th.

Join us to vote on party policy, train for the next election, and hear from inspiring conservative speakers from across the country – all from the comfort of your own home!

Registration opens January 4th, and with fantastic prices you won’t want to miss this!

Check out the price breakdown: 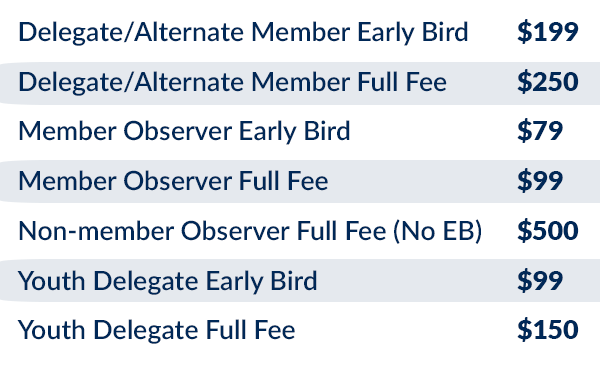 Registration for the Delegate Selection Process will open January 4th, 2021 at 9am ET. The deadline for delegate applications is January 15th, 2021 at 8pm ET.
If you intend to apply to be a delegate for the Conservative Convention, you must hold a valid Conservative Party membership 21 days prior to the delegate application deadline of January 15th, 2021 so that’s December 25th, 2020 – make sure your membership is up to date, CLICK HERE.

You will be notified regarding the status of your delegate application as soon as possible after the deadline of January 15th, 2021. If more than 10 members have applied to be a delegate for your Electoral Riding, the Conservative Party will hold a virtual Delegate Selection Process by February 28th, 2021.

If a Delegate Selection Process is necessary in your Electoral Riding, you will be notified.

We will continue to send you updates via email so keep an eye on your inbox for more exciting information to come!

Remember to SAVE THE DATE! The 2021 Conservative Party of Canada Virtual Convention will be from March 18th – March 20th, 2021.

The next Conservative Convention is going to be held virtually!

Not only that, but we’re going to have it a bit earlier than previously announced, so hold Thursday March 18 to 20, 2021, because that’s when Conservatives from across Canada will gather online for our next convention.

By holding it a bit earlier, it also ensures we’re able to gather your feedback and build that into a platform for the next election. In a minority Parliament, that election could come at any time, so having this in March means we have that opportunity to hear from you before the platform is finalized.

Of course, you can expect all the same highlights as conventions of past including voting on constitution amendments and policy, National Council elections, training, guest speakers, and much more.

Obviously, the uncertainty around COVID-19 is what first caused us to shift our convention, and what caused us to hold the Leadership event virtually as well. That uncertainty remains, and that makes it difficult to plan something to the scale of our in-person conventions where thousands of people come together under one roof.

We’re looking forward to having an in-person convention again in the future, and National Council decided the next convention in 2023 will take place in Quebec City.

As we get closer to this coming March, we’ll tell you exactly how to take part in our virtual convention, what more to expect, and any other details you need.

We want to thank all those that took part in our summer survey about the convention to help give National Council the feedback we needed to inform this decision. Many of you supported the idea of a virtual convention if a large gathering like our traditional conventions would not be possible under current restrictions.

I’m looking forward to seeing you again soon – virtually! – and working alongside you to ensure our leader, Erin O’Toole, is armed with all the feedback from members he needs to build a platform that shows Canadians we’re a clear alternative to these Trudeau Liberals, and we will bring back the ethical, compassionate, and intelligent government Canada deserves.