The federal Conservative Party says it will postpone a policy convention until November because of the upcoming leadership race.

The convention was originally scheduled to take place mid-April but will be moved back to allow the party to focus on choosing a successor to current leader Andrew Scheer.

The party’s national council voted on the decision on Friday.

The party hasn’t yet announced when it plans to elect a new leader.

Scheer announced he will step down as leader after facing criticism from within the party over his loss to Justin Trudeau in the 2019 election.

Click the logo below for convention details as they emerge! 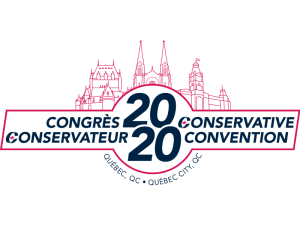