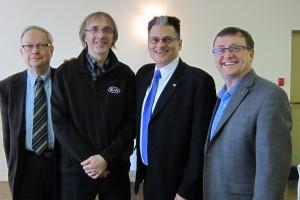 To become a delegate for the 2016 Conservative Convention, you must ensure you are a current member or purchase a membership at least 21 days prior the Delegate Selection Meeting in Burlington on March 19th 2016 at 9 am and you must be elected by your fellow members.

Any further questions can be directed to the Burlington EDA info@burlingtonconservativeassociation.ca or to the Conservative Party’s National HQ by phone 1-866-808-8407 or e-mail info@conservative.ca.

Here are some key dates and times:

A message from the Convention Chair

This May, Conservatives from across Canada will be gathering in Vancouver for our 2016 National Convention.

I’m looking forward to joining you and thousands of Conservatives as we meet with grassroots members and MPs, hear from leadership candidates, and debate the policies at the core of the Conservative Party.

As in years past, we will be offering an early bird discount for those who wish to sign up to attend the convention. I’m delighted to share the costing of our convention with you:

PLEASE NOTE: The Convention will be free for everyone who donates the maximum gift of $1525 or has signed up for $127 monthly donations as of January.

Vancouver 2016 promises to be one of the most exciting and closely watched conventions in our Party’s history, you won’t want to miss it!

I hope to see you there,