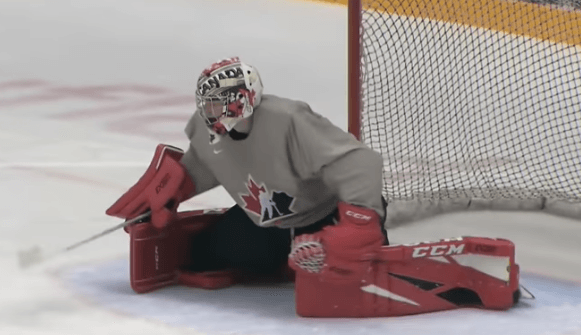 One of Burlington’s finest, a young hockey player who came out of the Eagles, went on to play for Guelph in the Ontario Hockey League (OHL)  and is now minding the nets for the World Junior Hockey tournament being played in Czechoslovakia. Those pads were made for Daws and this World Junior Hockey Tournament. In the game against the United States during the preliminary round Nico Daws was brilliant – Canada took that game 6-4. The team plays Russia later today.

Daws says he is up to the challenge before him.Burlington-native Nico Daws had never participated in a single Hockey Canada practice before getting the call to this year’s world junior team. After being passed over at the 2019 NHL entry draft, Daws went on to post outstanding numbers (.939 sv% in 20GP) this season for the Guelph Storm in the OHL.

Daws finished his pre-tournament by stopping every shot he faced in 30 minutes of play time against Finland on Monday and may have stolen the starting role for Canada at this year’s tournament.

Daws turned 19 during the pre-tournament practices – his parents are with him in Czechoslovakia.

Team Canada has won the world Juniors 17 times however the game has changed and the Canadians have to change with it. 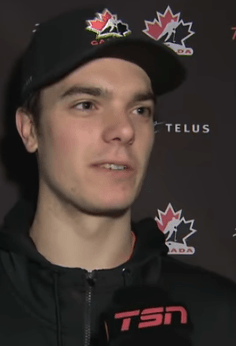 The Team Canada coaches have nothing but praise for Daws – who sounds more than up to the challenge he faces.

We could be looking at another great one, this one minding the nets for Canada in Czechoslovakia.