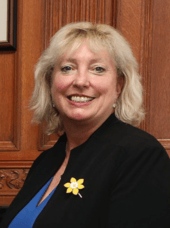 Marilyn Gladu MP was elected as a Member of Parliament in the House of Commons of Canada to represent the federal riding of Sarnia-Lambton during the 2015 Canadian federal election.

Marilyn Gladu is a professional engineer by trade, who worked for Dow Chemical for 21 years in a variety of roles locally and globally. Marilyn then became Engineering Manager and subsequently the Director of Engineering at Suncor before taking a consultant role at WorleyParsons. Read Marilyn’s Full Bio HERE

In the October 2019 election, she was elected for a second term for the Sarnia-Lambton riding.

In January 2020, she declared her intention to run in the 2020 Conservative Party of Canada Leadership Election.

Register now to attend this event and meet with Marilyn!