Conservatives will choose next leader on June 27 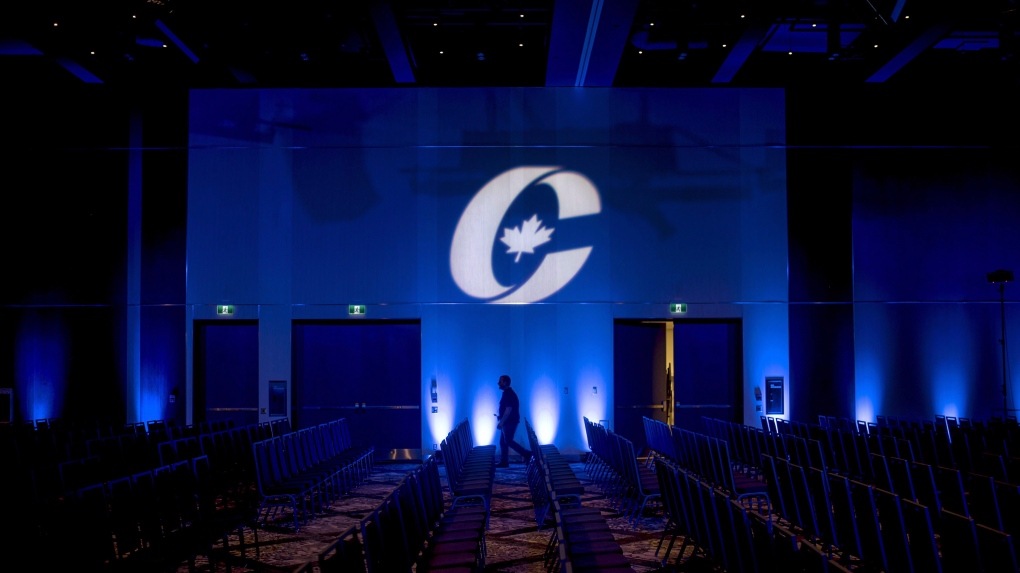 A man is silhouetted walking past a Conservative Party logo before the opening of the Party’s national convention in Halifax on Thursday, August 23, 2018. THE CANADIAN PRESS/Darren Calabrese

She added that this tight timeline means leadership hopefuls will need to make up their minds very soon.

“People, if they haven’t made up their mind, they’re going to have to make up their mind in the next 10 days,” said Raitt, who is co-chairing the organizing committee for the Conservative Party leadership race.

“If you’re on the fence and you’re thinking about running but you’re not sure, your time is now definitive for you.”

Raitt said the date was chosen with the current minority government in mind. While the last Conservative leadership race – which Raitt ran in – allowed contestants a year to organize and vie for votes, this one will be far more condensed to allow the party to prepare in case of an early election.

“Right now, we don’t know how long is in this mandate therefore we felt it was important to get this done before the summer, the barbecue circuit, for the new leader to make plans and get ready for the policy convention in Quebec City,” Raitt said.

The party’s current leader Andrew Scheer announced his resignation on Dec. 13. His resignation came after a downpour of criticism from fellow prominent Conservatives, who took shots at his failure to secure key ridings in Ontario and Quebec in the federal election and his social conservative values on issues like abortion and same-sex marriage.

In announcing his resignation, Scheer cited the need for the party to have a leader who “can give everything they’ve got.” Scheer said he will stay on until his replacement is named.

Raitt has her own wish list for the next leader.

“What I’m looking for is making sure that candidates have clarity on what their policies are, what they feel about certain issues, and that they can effectively communicate it out. And if it’s a crowded field, then they’ve got to figure out another way to communicate it,” Raitt said.

The rumour mill has been churning out names of potential candidates, with popular guesses including Rona Ambrose and Peter MacKay. Neither has ruled out a leadership bid.

High-profile Tories such as Pierre Poilievre, Michelle Rempel Garner and Candice Bergen also have yet to shoot down a potential run.

Failed Tory leadership candidates Michael Chong and Erin O’Toole and prominent Quebec Conservative Gérard Deltell are also among those whose names keep coming up in speculative circles, but none have formally announced whether they’ll try to take over the party’s helm.

One unelected Conservative organizer has confirmed he plans to step into the race.

Bryan Brulotte, CEO of MaxSys Staffing and Consulting and longtime political organizer, told CTV News that he plans to run.